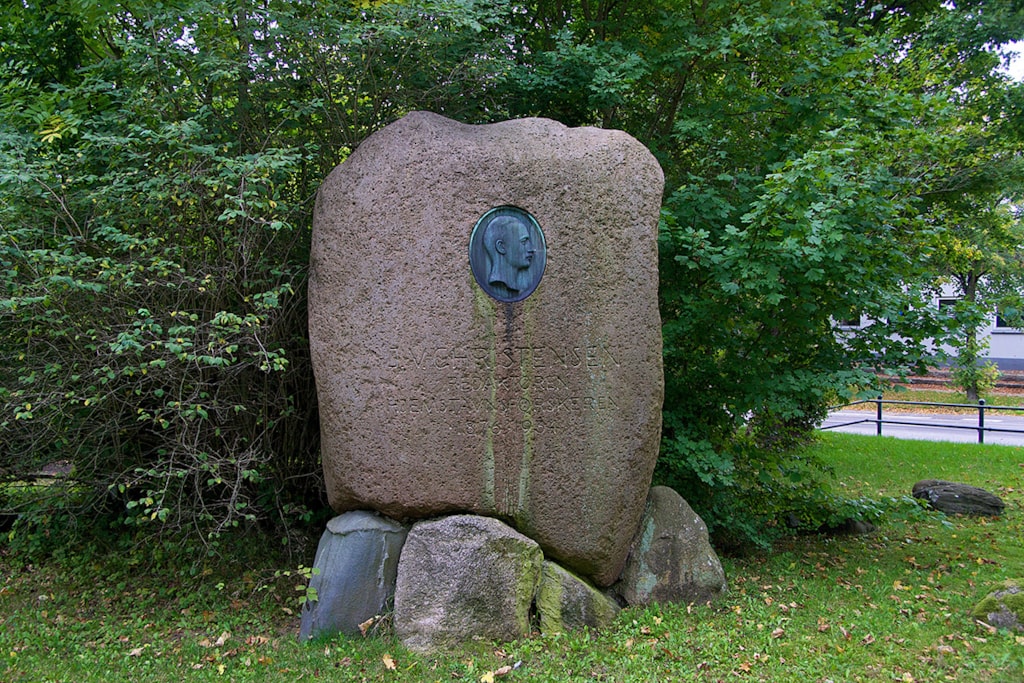 Memorial stone for the Editor and local historian J. V. Christensen set up on 8 July 1936 by his friends.

He became the Editor to Ringsted Folketidende (newspaper) in 1903. He was very popular amongst his staff members and colleagues on other newspapers who often cited him and made use of his great knowledge.

J.V. Christensen collected much local history which he published both in the newspaper and later in the form of books.