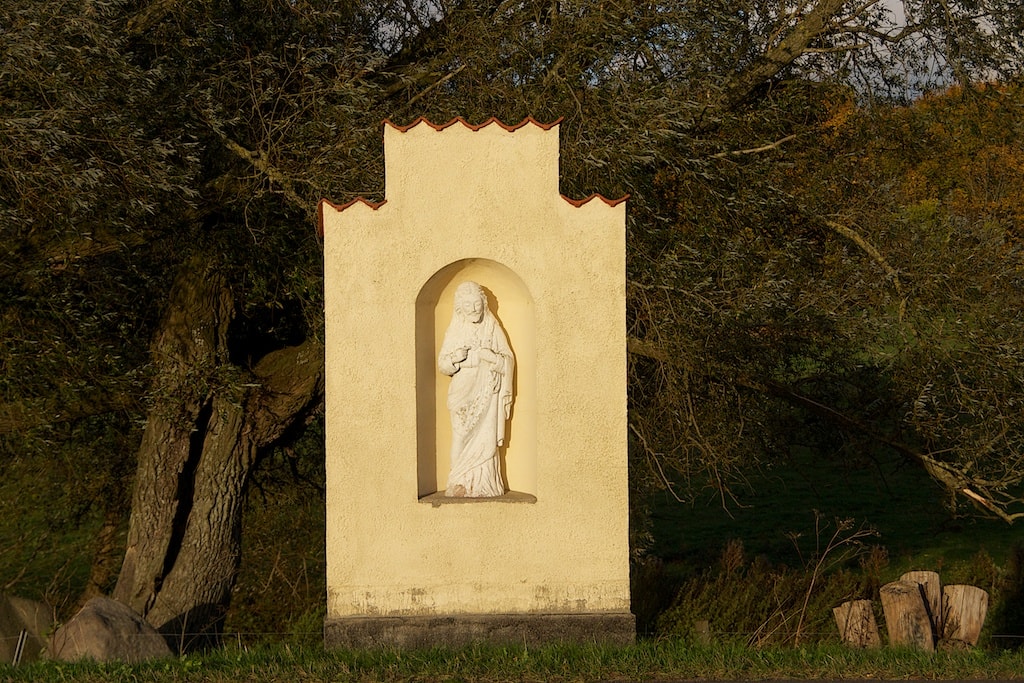 The figurine represents a male, pointing at a heart on his chest. On the heart there is a chain symbolising the crown of thorns on the bleeding heart of Jesus. Over the heart a flame can be seen.

The figurine is one meter tall and is cast in concrete. It was erected around 1920 and was given by an anonymous donor.

The two figurines and the cross relate to the Birth of Christ, the crucifixion and resurrection of the Saviour.

Each year around 25 June a pilgrimage goes from Sct. Knud’s church to Haraldsted where it ends at the Chapel ruins, where once Knud Lavard’s fountain was. Knud Lavard was canonized by the Pope in 1170 AD.