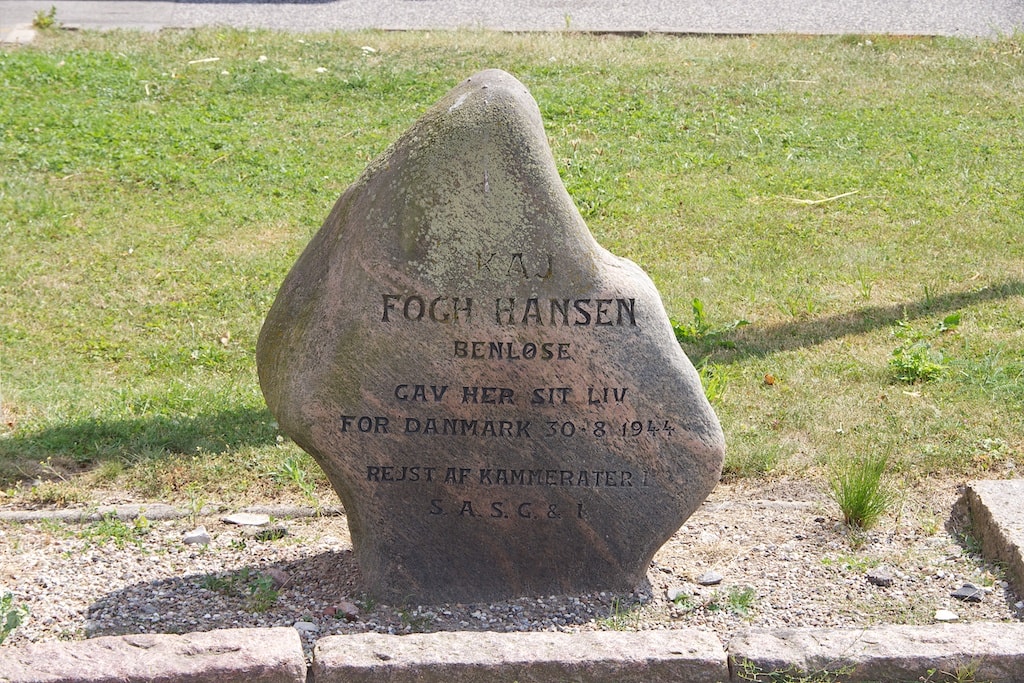 Kaj Fogh Hansen was employed by Ringsted Træskofabrik (Clog Factory) in Benløse and also served as a civil police agent (civil protection officer). During an air raid on the night between 29 and 30 August 1944 he was shot by Schalburg people on Roskildevej in Benløse. Badly wounded he was brought to Ringsted Hospital where he died on 1 September 1944. He was buried in Benløse churchyard attended by 500 people.

See all in this area