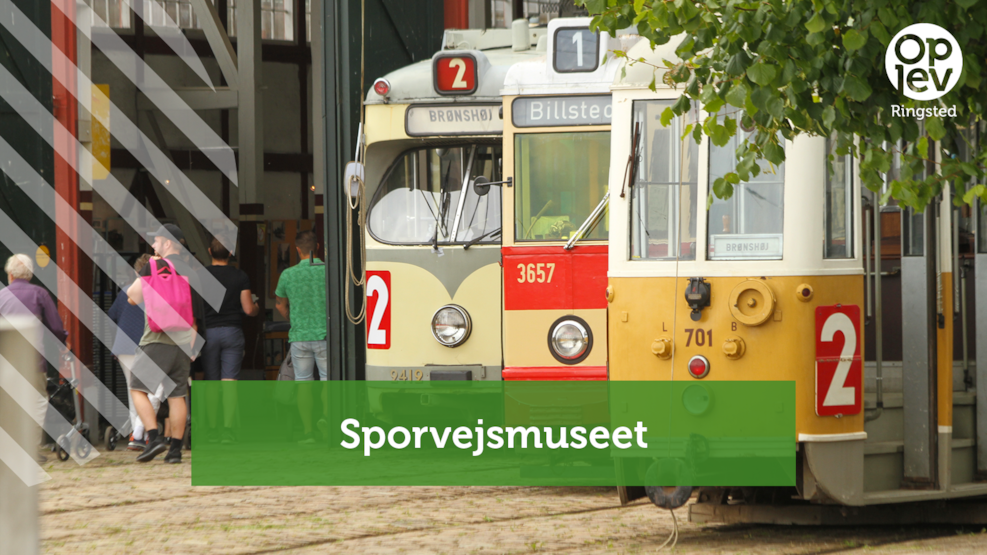 Last year the Museum celebrated the 150th anniversary of the first tram in Copenhagen. See the lovely film with a horsedriven tramcar in the beautiful Skjoldenæsholm area.

At the museum you will find 2 lines with trams from Copenhagen, Aarhus, Odense and some foreign cities, including the Melbourne tram, which was a gift from Australia to the Danish crown prince couple on the occasion of the birth of Prince Christian.

The museum owns more than 100 trams, about half of which have been restored and are now on show.

Take a ride in one of the trams into the woods. Enjoy your picnic at the tables and benches by the stops.

Skjoldenæsholm Tram Museum is run on a voluntary basis by members of Sporvejshistorisk Selskab (the Danish Tramway Historical Society) and was founded on 8 February 1965. The Society aims to extend knowledge of public transport in an apolitical and idealistic manner.

Oplev Ringsted on SoMe: